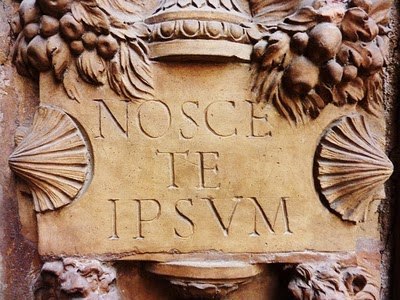 Know yourself … From Latin: Nosce te ipsum … This expression is used in the sense of “a person needs to understand what they want (what will make them truly happy) and how to achieve the goals they have.” Greek philosopher Chilo developed this saying in the following way: “Know thyself, and thou shalt know the gods and the universe.”

The dictum “Know thyself” is sometimes mistakenly credited to ancient Greek philosopher Socrates, or to the Delphic Oracle. But in fact, it was written in the temple of Apollo at Delphi. As  the philosopher Plato says in his dialogue “Protagoras,” it was the combined reflection of “seven sages” of Ancient Greece. 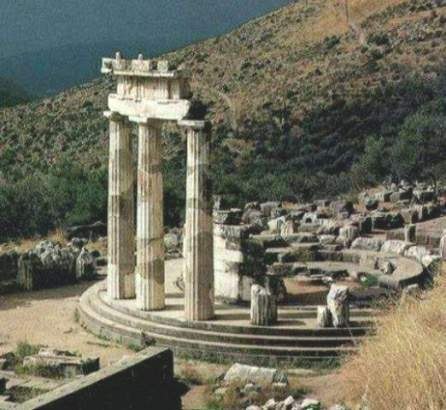 He writes that one day Thales, Pittacus, Bias, Solon, Cleobulus, Missoni and Chilo (VI c. BC. E.) were gathered together in the temple of Apollo at Delphi, and in a long dispute they came to an absolute truth in their opinion.  They wrotedown the found truth – “Know thyself” – on the wall of the temple at Delphi . Hence comes the traditional title of this thesis – “the Delphic commandment.” Socrates made the expression popular, widely using  it in his talks and speeches.

You can (and should!) know yourself in many ways.) I work with well-known practicies as BaZi,  Astrology, Tarot, other divination’ methods and Psychological Tarot Profile Method by Alla Alicja Chrzanowska. It is with this constant interest to know myself began my will to know The Psychological Tarot Profile many years ago. At that time I found another tool to understand myself and other people. Only later I began to use it to help others making consulting services.

As I see it, each of these sciences considers the individual, his or her characteristics and destiny from its side, in other way. To me it seems like they look at the elephant from different sides, one see the left legs, the other –  the right legs the third one see the trunk.  Knowledge of different sciences confirms, complements, and enriches the psychological portrait of a person.

The Psychological Tarot Portrait Method is a great technique to understand not only yourself, but also to see if there is anything out of balance in your personality and how and how to rebalabce it in order to make your life better. Moreover, it is quite simple and does not require complex calculations. I was very impressed, especially when I saw my own profile. You should not go far – look at yours, at the profiles of your parents, children, friends, and you will understand that it works.) Of course, in order to know all the details of the methodology, we will need to lookat more than one thousand of profiles.

The Psychological Tarot Profile method came to Alicja in her dream. Certainly not in the same form as it exists right now. After many years of working with this method, many extra positions that greatly enriched the profile were found by Alicja and her students. What I like is the fact that Alicja talks about the new positions only after checking out the information on a great number of profiles. Much work has been done in order for The Psychological Tarot Profile to look like it does now.

There are 37 positions in the Psychological Profile at the present moment ( January, 2013):
• position 1, position 2, position 3 – characterize the way of life, the first, second, and third part of a person’s life, and the most important events,
• position 4 – subconsciousness: fears andblocks we have that we often do not realize,
• position 5 – consciousness: desire, goals, morality, ethics, and self-realization,
• position 6 – superconsciousness: hidden talents, abilities, and spiritual protection and guidance,
• position 7 – mission: the task that people come into this life to accomplish,
• position 8 – gifts, i.e, the potential that is given in order to accomplish the mission,

• positions 9, 10 and 11 refer to the karmic profile of past incarnation.
• position 12 – the card of psychological harmony, a person’s comfort zone
• position 13 – a person’s perception of themselves,
• position 14 – how other people perceive this person,
• position 15 – how to work your karma out (refers to karmic profile),
• position 16 – point of fixation, “rake” (In Russian language, we have such a good expression – “to step on rakes” when you should learn a lesson that is given to you but you get yourself into a similar situation again without learning the lesson). So this position shows what the life will check on you from time to time about this lesson.

Usually that’s enough to consider the positions of the main profile to understand the psychological characteristics and to analyze the problems faced by a person, especially if you look at a preson’s composite with the energy of a current year too.

For those who are interested to learn more – there is a karmic profile. I already mentioned it. There are 6 positions there – number 9, 10, 11, and number 15, 17 and 18. Here we analyze the previous incarnation of a person, we roughly understand who a person was, what they did and what possible unresolved issue from a previous life might be present in the current life. . We also find what responsibilites a person had, as well as determine how to work with karmic mission in the current life.
But the karmic profile is not for everyone. This is a complex chart for interpretation and for understanding. And if you expect to see here that in a past life you were an angel in disguise – you’re wrong, otherwise you would not be here on Earth again. The people who lived a perfect life, don’t have to reincarnate on this planet anymore. And if we live on Earth right now, it means a certain amount of sins or unfinished business brought us back to Earth to work on them again in this life.

The last positions added to The Psychological Tarot Profile by Alla Alicja Chrzanowska are the following:
position 30 – point of discomfort
position 31 – human destiny
position 32 – attitude to money
position 33 – attitude to partnerships, relationships
position 34 – attitude to family and traditions
Another three positions – points 35, 36 and 37 of The Psychological Tarot Portrait– refers to The Karmic Shadow Profile that reveals the most complex and deepest positions in the chart. After understanding them,it sometimes becomes easier to see why some things are so hard to realize.
So you can now see what a truly magical tool for the multi-level knowledge of self and others is the Psychological Profile Method by Alla Alicja Chrzanowska.

And that’s not all. There are composites which allow us to see the development of relationship with any person – life partner, relatives, boss, child and so on…. This is really a revolutionary method. Because the problems in relathionships can be seen in BaZi and in astrology, but the stages of relathionship development and the goal why people have met, what problems they need to solve together, and how to do it better in order to overcome possible problems – this information is not seen in any other methods.

Here is our Sage Sorceress -Alla Alicja Chrzanowska, the author of these wonderful techniques, in a moment of inspiration. She is almost a conductor of destiny))), because her techniques exactly suggest how to play best the music of human destiny in such a way that it would be the happiest one.
And one more photo with Alicja taken at November 2019 workshop in Poland. 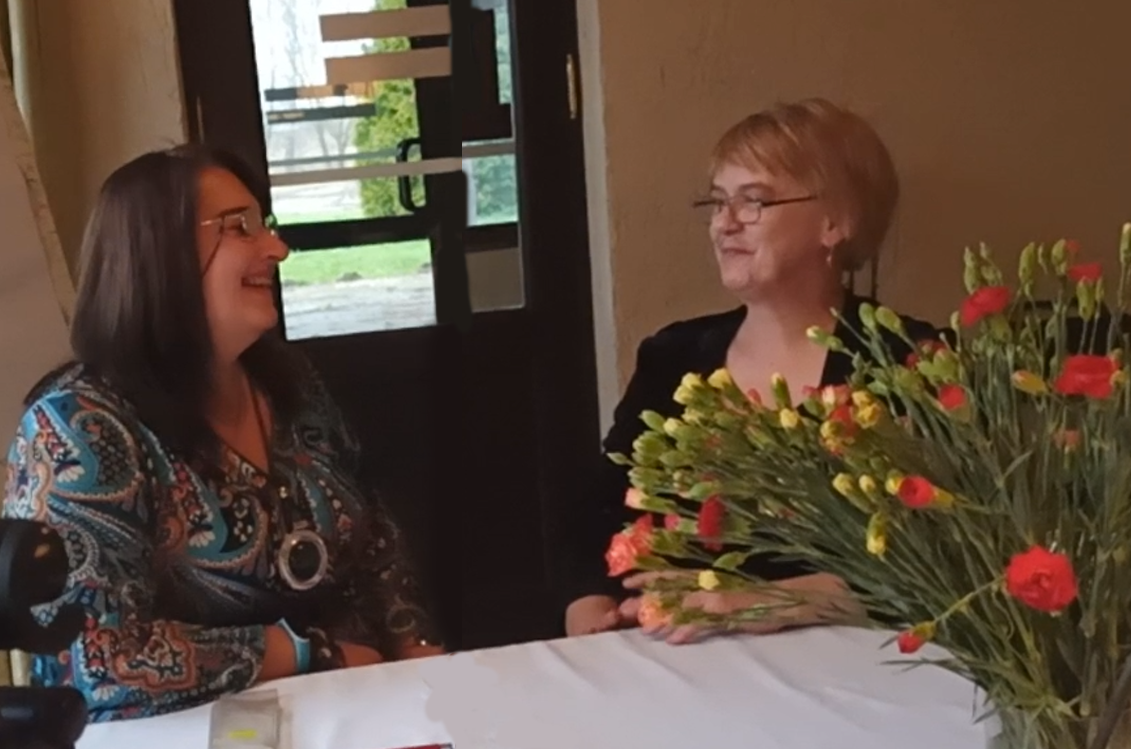